Holding offline exams could be dangerous amid a pandemic that has been eating into one’s lives, students of the I.K. Gujral Punjab Technical University (PTU) said as they raised concerns about their safety.

Holding offline exams could be dangerous amid a pandemic that has been eating into one’s lives, students of the I.K. Gujral Punjab Technical University (PTU) said as they raised concerns about their safety.

“The students of the colleges affiliated to I.K. Gujral Punjab Technical University are in a great dilemma because of the unfair decision of the university to conduct offline examinations during the pandemic whereas every other university has given the choice of online mode as well,” the letter stated. “Everyone is not available to appear in the examinations as many of the students are either not in the state or will not be able to be here in such times,” it further said.

‘Students outside Punjab are not able to come back also because the borders are sealed due to the ongoing protests and not everyone is capable of affording a flight ticket. Trains are also running full and none can get a reservation at such a short notice. Roadways buses too are running full, and crowded,” the letter mentioned. 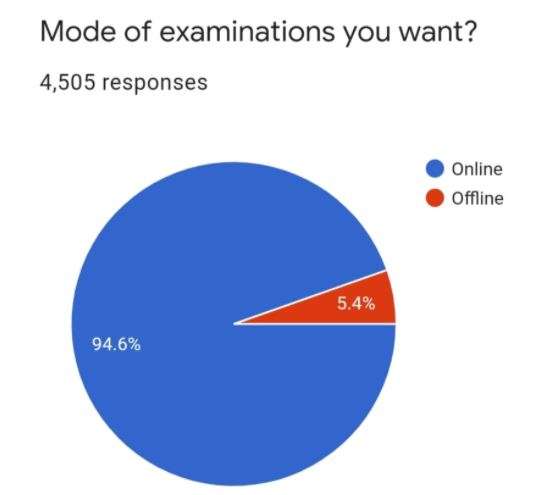 Citing health concerns, the letter said most of the students who appeared for backlog exams held in November and December tested positive after the exams. The students had to travel through crowded buses to reach the center, it said.

Highlighting how various processes were held by the university online, students questioned as to why couldn’t the exams be conducted in a similar fashion. “They conducted online admissions and procedures of various courses. They taught whole semester online and the internals too. But in case of externals, they say that they have various courses and online mode was not possible because of lack of resources,” the students raised concerns.

The students called upon the varsity, and the state government to conduct forthcoming exams in online mode. “They should consider the mode of online exams because everyone thinks it would be the best way out for every student. This should happen for practicals as well because this effort would be of no use if they conduct the practical for this term offline and exams online,” the students emphasized. Cabinet Approves Haryana Land Partnership Policy 2022 – Haryana: Now farmers will be able to become partners in the project by giving land, there is also a provision to make directors in the company – CGCHOTBOX Life Imprisonment To Seven Culprits Of Murder In Bhiwani – CGCHOTBOX